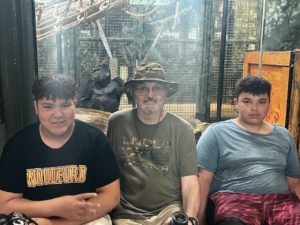 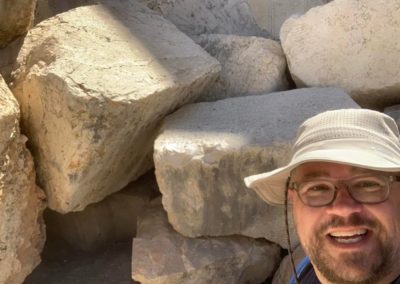 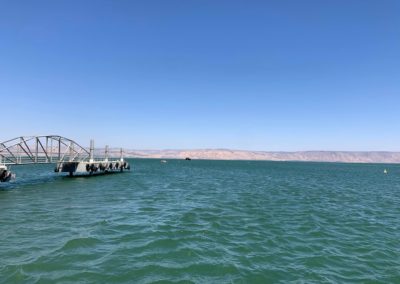 Sailing the Sea of Galilee 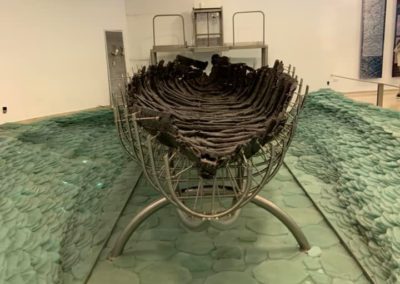 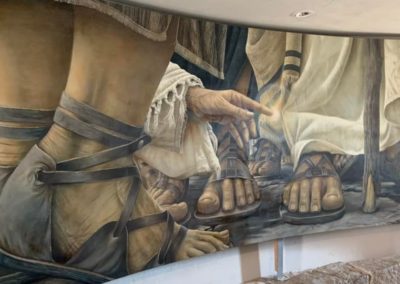 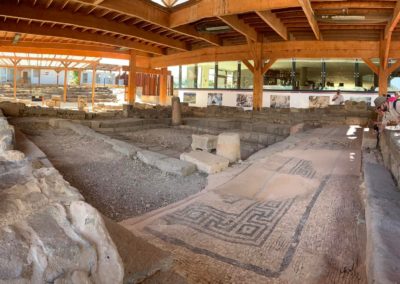 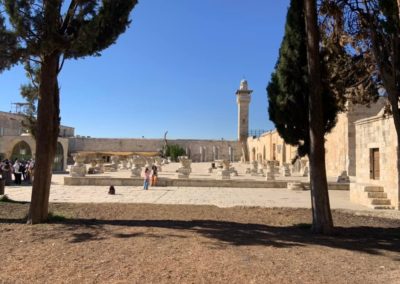 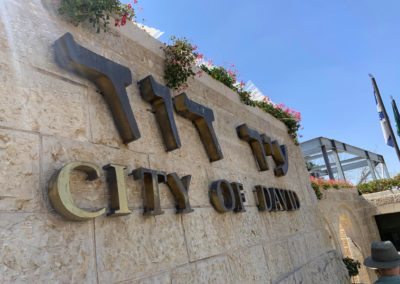 Walking down to the City of David 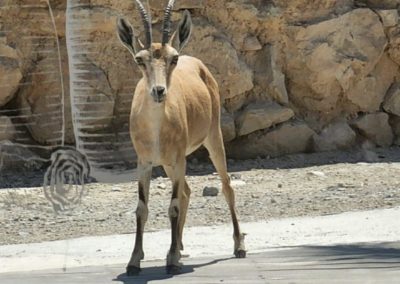 An Ibex – in the Hebrew this is the animal that Abraham finds and sacrifices instead of Isaac. Our English translates it as ram 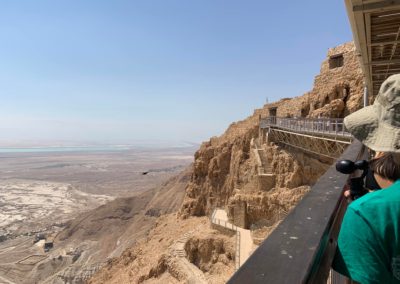 Masada and the dead sea 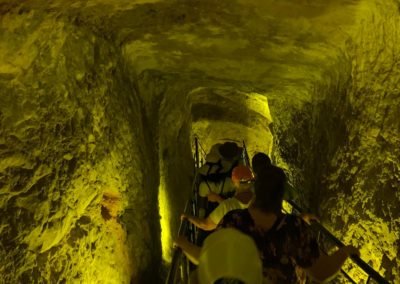 The Canaanite tunnels going to the spring of Gihon, which connects to Hezzechia’s tunnel that leads down to Siloam Springs where Jesus told the man to go wash off the mud 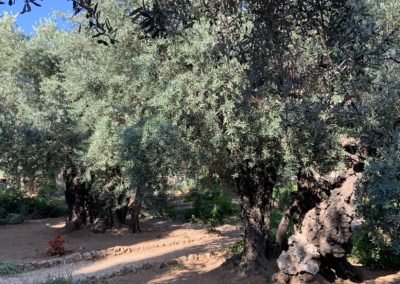 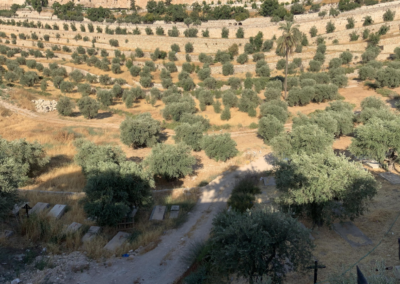 The temple from the garden – the garden is in the valley down from the Mt of Olives. It is really the whole valley, the church we are at is thought to be where Jesus prayed, but who knows. He was here somewhere 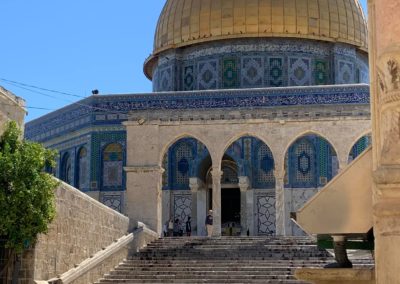 Dome of the rock – inside this building is the rock Abraham was spared from sacrificing Isaac, and David bought it from Aruanah to build the temple, Solomon built his temple here, Herod rebuilt the temple (twice) here. It is now a Muslim holy site 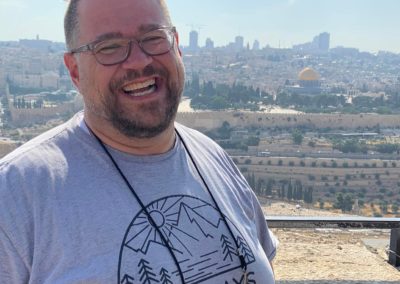 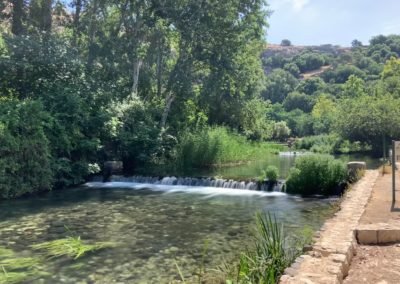 The gates of hell… this is Caesarea Philippi where Jesus asks “who do you say I am”. There was a temple to Pan (as well as other gods) and the cave entrance – that until earthquakes changed the geology had a rushing River pouring out of it and it was called the gate of hell. This is also one of the three sources for the Jordan River up in mount Hermon 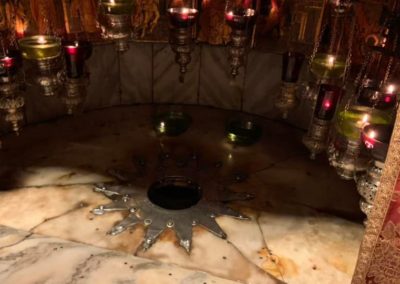 This is the exact spot it’s believed Jesus was born 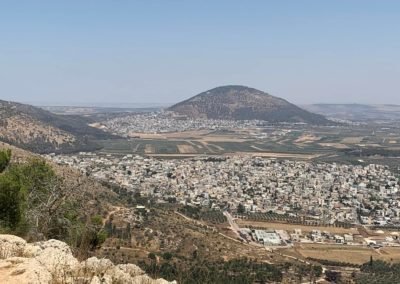 Mount Tabor – this is where Jesus, Moses and Elijah hang out and God says, “This is my son whom I’m well pleased” 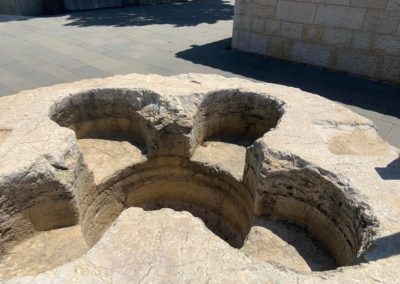 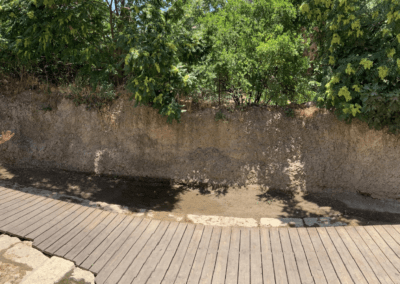 The pool is empty now, but this is where Jesus sent the man to wash. This is where the priest would come down and fill a chalice and all the people would March to the temple to pour it out as a drink offering. It’s on that day that Jesus said He is the water of life: “On the last and most important day of the festival, Jesus stood up and cried out, “If anyone is thirsty, let him come to me and drink. The one who believes in me, as the Scripture has said, will have streams of living water flow from deep within him.”” John 7:37-38 CSB

Travel with Harmony to Israel in 2024!

Total baptisms year to date is 21, praise the Lord! Let’s continue to
win people to Jesus! If you have any questions about giving options or the financial

We are continuing to work on leasing the “Undeveloped Space”. We have a verbal agreement and are now working out details to sign a lease in the near future. We will keep you updated on our progress.

We are fully operational with our new bookkeeping service and will soon be making more changes in the coming month that will save us money and provide much improved real-time reporting.

processes of the church, don’t hesitate to reach out to me and I will be

The kick off to summer connection was a blast! We had over 20 families meet up and hang out at the lake for our first Backyard Hangouts. The night was super laid back with kayaking, water gun fights, and of course s’mores!

Backyard Hangouts are for ANYONE at Harmony who wants to meet other families and get better connected. Our next event will be Sunday, July 24th at 5:30pm at the McKenzie’s house. To register for this event, you can email Amber at [email protected]

Can’t wait to see you at our next Hangout! At Harmony, we take membership seriously because our members make a serious difference!

We also think you should be able to become a member on your own time.  That's why we created an innovative way to learn about membership and take your next step into becoming a central part of what makes our church amazing!  Simply listen to a 9-episode podcast we produced and complete 6 online pledges - let us know you've completed the process and you will have become a member!  Click below to visit the membership track podcast and get started today! 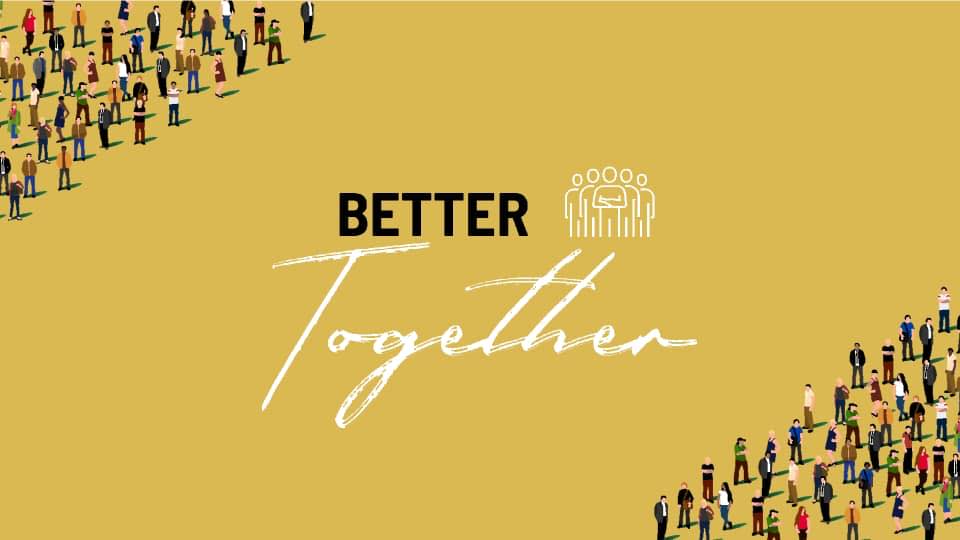 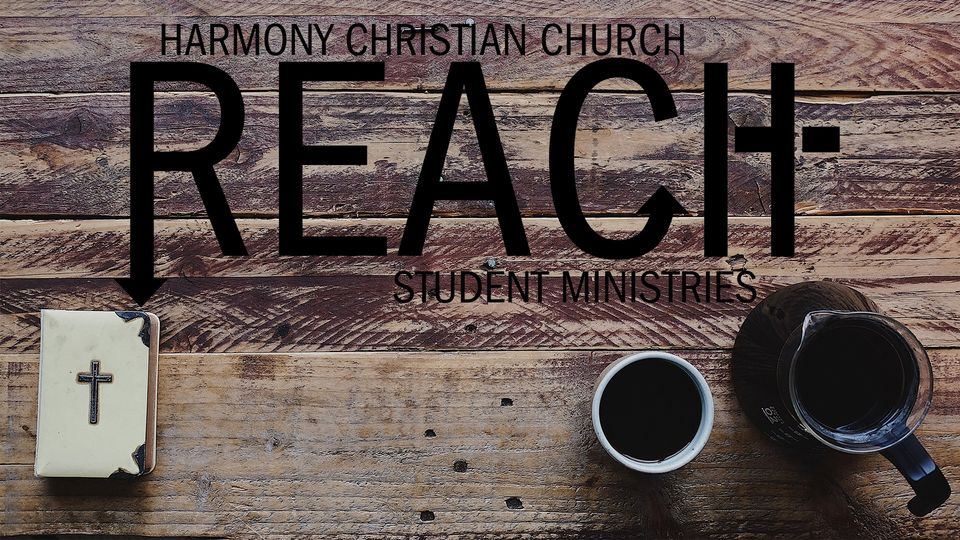 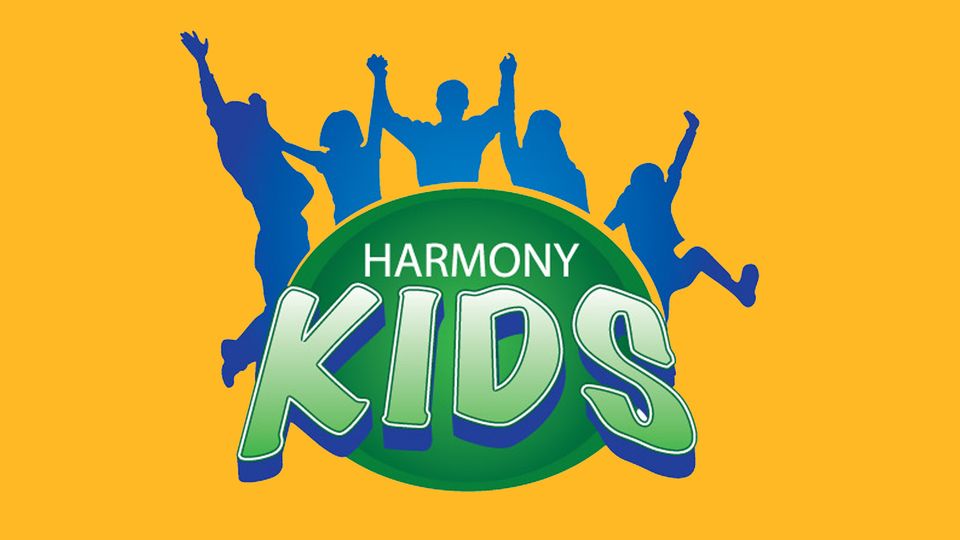